May 13, 2016 Posted by amyvanderoef Uncategorized

The Smith’s score another touchdown! The 2016 Emmitt Smith Celebrity Invitational Event was a huge success and once again, I had the honor of hosting the Red Carpet arrivals along side Cheryl Jackson.

Pat and Emmitt Smith are two of the most generous people I know, and the busiest! Their charitable fund, “Pat & Emmitt Smith Charities,” creates and funds unique educational experiences and enrichment opportunities for underserved children in North Texas. Their breadth and depth is vast amongst the many organizations they benefit.
It is clear that both Pat & Emmitt have great passion for helping disadvantaged children and families, and it is even clearer that their work has had major impact on those served. I have never witnessed a more God driven family, they truly live to serve.

Before the ballroom doors even opened, ESCI had already raised $1 million dollars, and now in its 7th year, the event has raised more than $6.2 million.

Emmitt isn’t the only one in the Smith family doing the heavy charitable lifting. . .

Pat has her own charity called “Treasure You,” which supports women with financial, emotional or spiritual needs. Back in 2009, I worked with Pat as her media coach at her home. We wrote segments for TV together and bonded over the significant work that is needed for so many women and families. When I was honored by her as one of the 10 Most Influential Women in Dallas, was when I knew more than ever how much we treasure each other!

This author hasn't written their bio yet.
amyvanderoef has contributed 42 entries to our website, so far.View entries by amyvanderoef

The Circus is coming! DIFFA is a non-profit fundraising organization[...] 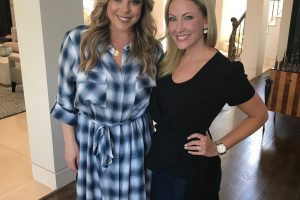 Behind the Scenes with Real Housewives of Dallas star, Stephanie Hollman 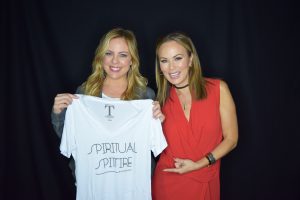 You might know her from The Real Housewives of Dallas,[...]