As I sit in The Four Seasons (an Amy V Fave) in St. Louis and order a drink, I try to unwind and decompress the day. I try to remember all that I did and accomplished. From leaving my son for the next few days, the flight, hair and make up, to my TV hosting gig. I look around the room and see that besides me there is only one other table of people. I notice a very familiar face and for a few seconds I actually thought I spotted an old friend… until I realized it was CAITLYN JENNER and her badass posse of fearless friends! I truly believe in never holding back a compliment. If you admire someone, respect them, or are inspired by them, TELL THEM! Putting good energy in this world with positive intention is always a good idea. 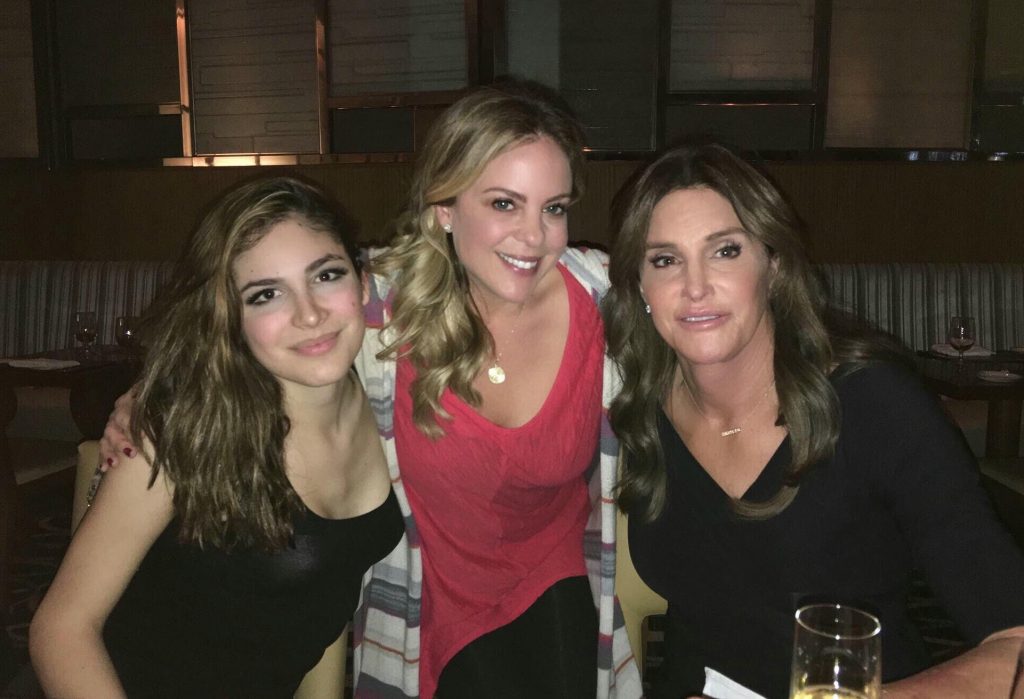 Immediately I decide to send Cait and her friends (all of whom I feel like I know from watching “I Am Cait” on E!)  a bottle of champagne! I wanted to make a bold move, sharing my support – as you all know I’m a big fan of risk and reinvention!

After the champagne was delivered, a man in her group stood up and came over to my table. After I convinced him that I was not with TMZ, he thanked me for the champagne and went over to Cait. Then Cait turned around, smiled at me, and motioned for me to join them.

I approach the table and am warmly welcomed to the table. Chandi was the delightful spirited gem we have seen on TV, and she immediately jumped up and hugged me.  Cait, Chandi Moore, Kip Zachary, Candis Cayne, Kate Bornstein and Ella Giselle are all there.

Caitlyn Jenner and friends on “I Am Cait.”Credit E!

We start chatting about why we are all in St. Louis and they explain that they are filming Trans America, and are touring the country in tour busses. They all seem to get along well and were so happy to chat about what they were up to. At this point I stop to think about how relieved I am that the show I love, I am Cait, is true “reality” TV. These are REAL ladies, with REAL relationships, with a REAL important agenda. Cait goes into detail about the harsh reality facing the LGBTQ community. In Russia for example, If you are LGBTQ, you are diagnosed as having a mental disorder, which means you are seen as unfit to have a drivers license.  She goes on to say 70 countries represented by the UN penalize this community.

When she speaks of these concerns she is emotional, passionate and concerned. She is 100% authentic and …. Real.

The conversation begins to shift towards one of her daughters, Kendall Jenner. Cait was beaming with pride recalling last weeks taping of the Victoria’s Secret Fashion Show, where Kendall was selected out of thousands of models to carry the infamous 30lb+ wings  on her back as a coveted VS angel.

They are inquisitive towards me and were asking all types of questions about my blog, job, son, and boyfriend. It was refreshing to meet highly recognized people who actually care to ask about my life and me! I am so used to celebs that are unbearably self-centered, a nice change of pace. We spoke for some time about why I started this blog and how my goal is to highlight RISK & REINVENTION. Caitlyn showed sympathy when I said I was a single mom. I gently reminded her that she has 10 kids and I was doing just fine.  We both giggled.

To say that our “brands” coincide could not be more accurate.

At this point I realize my phone is dead… (of course it is!!)

And I would likely miss the opportunity for a selfie. Kip Zachary, Cait’s makeup artist offered to take the picture and text it to me; it was all so cool and surreal.

I was always a fan of Bruce. He was an American treasure. However, I would not have sent over a Four Seasons priced bottle of Veuve Cliquot to Bruce. Caitlyn on the other hand has become America’s sweetheart, a woman with courage, grace, and dignity.

Cait and I ended our time together with a sincere hug. I whispered, “God Bless you ” in her ear, and she replied with the same.

I was honored to hang with them that evening.  I understand some people don’t see Caitlyn as a hero, even going as far as stating she didn’t deserve to be recognized at the ESPY’s, but we aren’t getting into that here. Given all of the conflicts and chaos raging around the world, I’m all for someone spreading peace.

This author hasn't written their bio yet.
amyvanderoef has contributed 42 entries to our website, so far.View entries by amyvanderoef 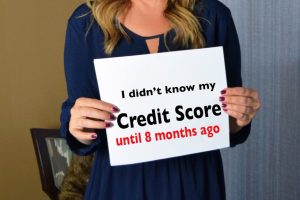 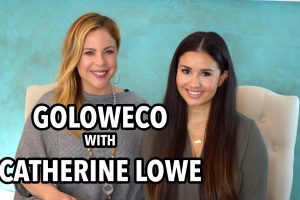 My friend Catherine Lowe, fell in love on ABC’s The[...]